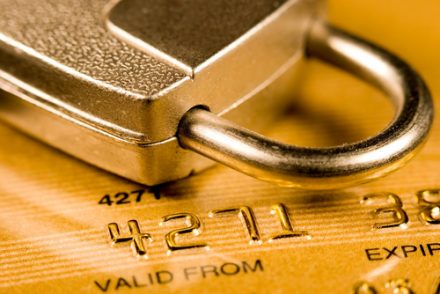 Individuals being granted the right to compensation – are you ready for the latest changes in consumer law?

18th October 2016 by Individuals being granted the right to compensation – are you ready for the latest changes in consumer law?

According to various consumer reports, the UK is fraught with underhand tradesmen, with the majority of the population having been the target of an “unfair commercial practice”. Research further suggests that the total detriment suffered by consumers in aggressive practices was around a staggering £3.3 billion in 2009. That’s an amount that even the Richard Branson’s of this world would be likely to miss.

Part of the EU’s bid to tackle these rogue traders was to introduce a direct right of redress for individuals. This allows consumers who have bought goods and/or services due to misleading or aggressive practices to make a claim against the trader in question. This has proven to be great news for the consumers, although a little disquieting perhaps for those consumer-facing businesses that are still not fully aware of their obligations and how this new right can impact upon their day to day trading.

Although Brexit is on its way, we are still bound by EU laws, and so anyone that sells goods or services to consumers still needs to abide by these laws. For further information on how to do this, read on.

Perhaps it is worth pointing out that misleading and aggressive commercial practices have been prohibited by law for a number of years now, and so these terms shouldn’t be new to traders. However a consumer can now seek direct compensation as a result of such practices. It’s no longer a slap on the wrist or a fine from Trading Standards and the potential for bad publicity that you have to worry about….

For those who aren’t aware then, any commercial practice that is deemed to be (a) misleading and/or aggressive and (b) materially affects a consumer’s decision to enter into a contract is banned under consumer legislation. For a useful guide on what may be considered to be “misleading” or “aggressive”, a helpful starting point (other than reruns of Only Fools and Horses of course) is the blacklisted practices set out in the Consumer Protection from Unfair Trading Regulations 2008. This lists 31 activities that will automatically be prohibited by their very nature, such as:

This list is merely the beginning however. Anything that unfairly influences an individual’s decision to buy a product (even if it was not the only factor upon which the decision was based) is likely to be caught by this restriction regardless of whether or not is on the “blacklist”. Innocently claiming that a product has features that it does not in fact have is for example almost certain to fall within the scope of misleading practices.

So what rights will consumers have? First, consumers will have what is referred to as “standard remedies”, which include the right to unwind the contract within 90 days (in some circumstances) and a right to a discount for goods or services costing £5,000 or less. The maximum “discount” to which a consumer might be entitled is the entire cost of the product. It is important to bear in mind that the customer will not have had to have suffered any actual loss in order to be entitled to these remedies. Having bought a product based on misleading or aggressive business practices will be enough to entitle them to these rights.

If a customer has suffered loss as a result of entering into the contract, and this exceeds the cost of the item, then they may also be able to claim damages. It may be for example that the consumer has had to repair the item in question; these costs could be recoverable. There are certain obstacles to this additional right (for example, the consumer would need to evidence actual loss, and show that this loss was reasonably foreseeable) but traders should be aware of this regardless.

If a business is successfully able to show that it has undertaken “due diligence” (i.e. it can demonstrate that it has taken reasonable steps to avoid committing misleading or aggressive commercial practices) then it will not have to pay damages but it will still be liable for the standard remedies stated previously (i.e. the right to a discount / unwind the contract). In other words, if a trader puts in place sufficient due diligence then it won’t be able to avoid all responsibility, but its liability to the consumer will be limited to the price they paid for the product.

In light of the above, consumer-facing businesses would be well advised to consider the following:

With consumer watchdogs becoming ever more watchful it is more important than ever to recognise and address your consumer duties.

For further information on this, or consumer law generally, please speak to Sam Freeman at s.freeman@laceyssolicitors.co.uk or on 01202 557256

Whose terms of business apply? How to win the battle of the contracts. Your commercial contracts post-brexit – what to expect.
Close X