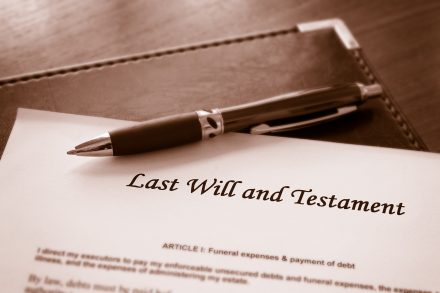 Deathbed will is upheld on appeal.

A challenge to the deathbed will of a father by the daughters he cut out of his £4m estate just hours before his death in hospital failed in Fitzgerald and ors v Henerty and ors [2016] EWCA Civ 701.  In giving instructions before signing his first and only will, the man communicated with his solicitor by nodding his head and speaking through an oxygen mask.  His daughters challenged the will on the basis that their father’s condition raised doubts as to whether he knew and approved the contents of the will.

The validity of the will was, however, upheld by a judge and, in dismissing the daughters’ appeal against that decision, a unanimous Court of Appeal noted that the father had previously stated more than once that, in his view, his daughters already had enough money.  He had taken independent legal advice and his solicitor had read the document through to him, and twice asked him if he was sure before he signed it.  The attack on the father’s decision to disinherit his daughters was described by one of the judge’s as “barely arguable”.

Further, the court held that a clause in the will by which the father granted to the company he founded an option to buy back his shares at their probate value, did not give rise to suspicion.  He had understandably wished that the company would continue to thrive after his death and wanted to avoid financial turmoil within his family.

The will was defended by the father’s partner and his two sisters, who were awarded substantial legal costs against the widow and daughters following the dismissal of the appeal.