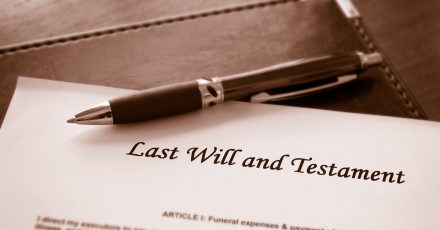 Mirror or Mutual Will? Make sure you know the difference.

Many partners like the idea of making their wills together but they may not understand that there is a choice between making a mirror will and making a mutual will.  There is a critical difference between them, and one which had great significance in the case of Legg and anor v Burton and ors.

In Legg, a married couple made wills in July 2000 by which they left their assets to each other and then, on the death of the survivor, to their children.  The husband died.  His wife survived him by 15 years but in that time she made 13 more wills.  Her last will stated to leave a modest legacy to her daughters (who were intended to share the estate between them under the original will made in 2000) and the balance of her estate to her grandchildren.

The daughters sought to overturn the last will on the ground that the wills executed by their parents in July 2000 were mutual wills.  The daughters gave evidence that it had been agreed between their father and their mother that neither of them would revoke their wills, nor be entitled to change the terms of their wills, nor to leave their joint estates to anyone other than the daughters.  The court upheld the daughters’ claim and ordered that the late mother’s estate must be held by her personal representatives on trust for the daughters to give effect to the will which she made in July 2000, and not her last will made in December 2014.

To avoid disputes of this sort it is very important to seek legal advice so that the documents which are executed reflect the intentions of the parties.

What is an ‘elevation’ in property terms? Should Wills provide for children?