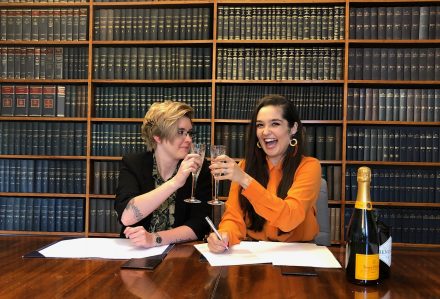 Laceys are proud to announce that their client, The Voice Finalist 2018 Lauren Bannon AKA Lloren, has signed to AJM Management and a high end publisher with the legal assistance of Luke English, Media Solicitor.

Lauren who wowed audiences on The Voice last year has wasted no time in progressing her music career.  Shortly after The Voice aired she was approached by Music Manager Ami Jay from AJM Management, and with Luke’s guidance, Lauren signed the Artist Management Agreement so they could represent her.  AJM Management quickly acquired P&C PR London who have since gained considerable publicity for Lauren with Queer News, Female First, Fashion Street and performances on London Live.  In addition Lauren started a European Tour in Sweden on March 19 as she supports American artist Fleurie touring Stockholm, Copenhagen, Hamburg, Berlin, Amsterdam, London and Paris.

Lauren launched her debut solo single “Into the Fire” on March 7, which was immediately picked up by BBC Introducing alongside local radio stations and has been performing amazing well on Spotify.

Luke English said “It is a pleasure to give legal advice and work with such a talent as Lauren whose drive and determination will elevate her success.”

Lauren stated “Starting a music career is quite daunting so it was great to have Luke on my side to translate all the legal jargon and make sure the contracts were in my best interests.”

Lauren’s Manager, Ami, commented “Having worked alongside Luke with previous artists, I can thoroughly recommend him if you need a top notch media lawyer to sort your contracts out!”

Luke English is a Media Solicitor with over 20 years of experience working at the BBC, Disney and Sony.  Luke advises, drafts and negotiates contracts for his clients in the media industry. Luke can be contacted at L.English@laceyssolicitors.co.uk or 01202 205036.

To view Llorens ‘Into The Fire’ video please click here.

Newly qualified Byron Sims joins Laceys Dispute Resolution team A landlord or letting agent? Here are fees you can charge your tenants as of 1st June.

“I’ve been working with Sam for a couple of years on a very wide range of marketing communications. Sam has a natural attention to detail and a refreshing attitude to the work we’ve collaborated on. The launch of the new Laceys site is now the benchmark for the brand and business offering. Sam has been at the heart this journey and has been a key driver for the consistency any strong brand should have. It’s exciting to be working with a solicitor’s firm that really understands their vast audience.”

Sam joined Laceys back in 2015 to help look after the marketing for the firm. Her role includes managing branding, website content, events, advertising and social media for Laceys.

Before joining Laceys Sam worked for over 10 years in several marketing agencies in London, managing client projects across different sectors, ranging from Coca Cola to the Department of Health. Having grown up in Poole herself, Sam and her family took the decision to move back to the South Coast a few years ago to bring up their young children.

Outside of work, Sam is a keen racquetball and tennis player and getting out on her bike to the Purbecks when time allows. She is also partial to a good glass of wine and dance when the opportunity arises! 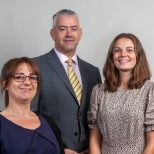 Laceys support the next generation of solicitors 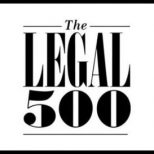 Leading Dorset solicitors, Laceys, have once again acquired recognition across many of the firms specialist areas, in...