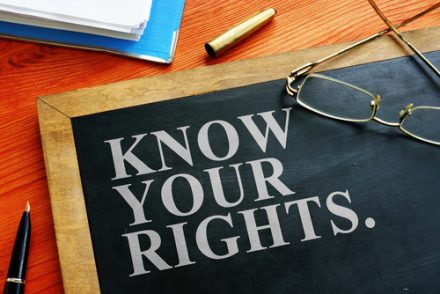 The statutory definitions of the three categories of employment status have long been criticised as being unclear, and over the years a body of case law interpreting these definitions has grown up. Despite this, it remains difficult to set out a definitive list of criteria to allow employers or employees to determine whether an individual’s status is that of employee, worker or self-employed.

The Supreme Court in Aslam v Uber [2021] recently gave useful guidance on the approach that should be taken, particularly with vulnerable workers, emphasising that it is the actual arrangements on the ground that matter and not what the contract says.

‘To add to the confusion, the definitions of employee and worker vary depending on the various rights,’ says Robin Watson, head of the Employment Law team with Laceys. ‘The Uber judgment gives some clarity in determining worker status. The pivotal factor for the Supreme Court in finding that Uber drivers were workers, rather than self-employed, is the considerable control exercised by Uber when drivers had the Uber app switched on. In particular, Uber fixes the price and determines all aspects of the drivers’ interaction with passengers.’

The issue of employment status has risen to the top of the agenda in many companies with new IR35 rules regarding off-payroll working in force from 6 April 2021.

In addition, differences in health and safety rights came under the spotlight following a recent case brought by a union representing gig economy workers in the context of the risks they face during the pandemic.

Currently only employees are protected against suffering a detriment, such as being demoted, because they left the workplace or took steps to protect themselves or others from a serious danger in the workplace.  However, the High Court declared that workers should also be protected (The Independent Workers’ Union of Great Britain v The Secretary of State for Work and Pensions [2020]). In response, in March 2021, the UK Government put before Parliament draft legislation which will ensure that UK law reflects the full scope of protection in the EU directive, from which these rights originate. This will apply to any detriments a worker experiences on or after 31 May 2021.

To help employers and individuals to understand the key differences, the following table outlines the most significant rights and characteristics:

Aside from potential liabilities to HMRC, getting an individual’s employment status wrong can give you a false sense of security. You may treat an individual as a worker and let them go without following a process or giving them notice. If they can convince an employment tribunal that they were actually an employee, you could face damages for unfair and wrongful dismissal.

Similarly, you may engage someone who describes themselves as self-employed and pay them less than the national minimum wage and not pay them for holidays. If it turns out they are actually a worker, you could be liable for significant back payments as well as being ‘named and shamed’ by the Government for failing to pay the national minimum wage.

One significant message from the Uber decision is that the contract has to match the reality of the working arrangements. An employment tribunal may disregard contractual provisions which try to classify the individual’s employment status.

We can help determine the status of any specific role in your business, and we can review your contracts and practices to advise on areas of risk.  We can also help you to update policies and procedures to ensure that you comply with all the latest rules.

If you would like any further information please contact Robin Watson in confidence on 01202 755204 or email r.watson@laceyssolicitors.co.uk