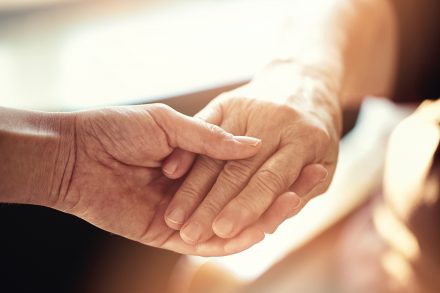 Which? survey highlights lack of awareness over Lasting Power of Attorney

A Which? survey of 2,000 UK residents found that only one in seven (15%) of people have given someone else power of attorney over their affairs. The reason, says Which?, is a lack of awareness among the public, combined with a system that is ‘outdated’ and ‘difficult to navigate’.

Below, Laceys clarify 3 misconceptions surrounding LPAs that people have, according to the survey.

“One in six mistakenly thought that an individual loses access to their financial accounts once the legal document is registered.”

It is a very common misconception that you would immediately lose control over your own property and financial affairs following registration of an LPA dealing with this area of your life.  This is far from the case.  An LPA is a document which could be used by your appointed Attorney if required after registration but the individual would not lose access or control of your affairs.  Such a document, once registered, may merely be stored in the same manner as a Will, to be used by an Attorney only “if and when” it may be necessary. For example if the person who has prepared the LPA loses mental capacity to make their own decisions or if the document is set up in such a manner, it could be used if the person became physically incapable of dealing with their own affairs or perhaps out the country for an extended period of time.

LPA’s tend to be associated with old age and dementia but an unexpected accident or illnesses can result in mental incapacity, causing difficulty for family and friends if you do not have one in place. Think of it as an essential insurance policy that you hope you will never have to use.

“Three quarters (77%) of people incorrectly thought an LPA could be set up at any time in life.”

Many people mistakenly assume that if they ever become mentally incapacitated their family or friends will automatically be able to start managing their affairs on their behalf, however, this is far from the case. Without an LPA in place, even your spouse or children will find it extremely difficult to sort matters out on your behalf, typically requiring them to make a costly, lengthy and complicated application to the Court of Protection for something known as a Deputyship Order.

The survey also found that people holding a valid registered LPA can have difficulty dealing with the donor’s banks, which sometimes lost LPA documents, failed to properly explain the registration process or unnecessarily made the attorney visit a branch in person. Even after registration has been completed, some banks do not authorise full access to the donor’s accounts, for example by not allowing the attorney to use telephone or online banking services.

Which? is pressing the Office of the Public Guardian in England and Wales to improve awareness of and access to LPAs. More information on the survey can be found here.

If you would like any further information or wish to discuss LPAs please contact a member of our team on 01202 377800 or k.mansfield@laceyssolicitors.co.uk

Receiving an employment tribunal claim: what to do next Buying a house? Laceys guide to property searches.

Beverley is part of Laceys Private Client team, specialising in will preparation, lasting powers of attorney and administration of estates for probate.

Beverley enjoys the personal aspect of her work, helping people overcome bereavement and making the best out of often difficult, emotional circumstances. She deals with clients from all walks of life, and remains down to earth at all times, removing the legal jargon so clients understand their situations.

Having recently had a baby, Beverley has very little spare time, but she is still a fan of F1 Racing  and retains her love of shopping, films and holidays in the sun! 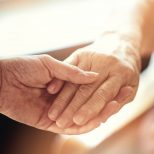 Which? survey highlights lack of awareness over Lasting Power of Attorney 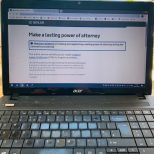