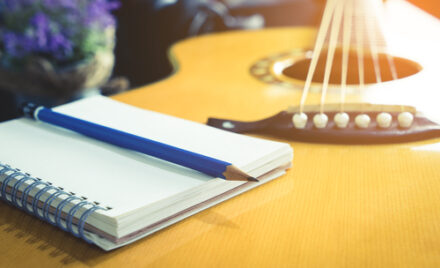 It has been another busy few months in the world of intellectual property, with Ed Sheeran in the spotlight once more.

Sam Chokri alleged that Ed Sheeran copied the “Oh Why” hook from his song with the similar “Oh I” in Sheeran’s UK best-selling song “Shape of You” in 2017. Chokri claimed that Sheeran heard his song before and deliberately copied the notes. Sheeran took a stand and issued proceedings against Chokri seeking a declaration that he did not infringe Chokri’s copyright, to which Chokri counterclaimed and further restated his original claim.

Sheeran argued there were “differences between the relevant parts” of the songs, which “provide compelling evidence that the ‘Oh I’ phrase” in Sheeran’s song “originated from sources other than Oh Why”. To demonstrate this he sang Nina Simone’s Feeling Good and Blackstreet’s No Diggity on the stand to prove the melody he was accused of stealing was in fact commonplace in pop music and used in some of Sheeran’s other released songs.

On 06 April, Judge Antony Zacaroli ruled that Sheeran had “neither deliberately nor subconsciously copied” Chokri’s song. He acknowledged there were “similarities between the one-bar phrase” in Shape of You and Oh Why, but said “such similarities are only a starting point for a possible infringement” of copyright. Chokri needed to prove that Sheeran had listened to his song, otherwise the similarities would only be deemed a coincidence. Sheeran was therefore granted the declaration of non-infringement that he sought.

We are seeing more and more claims like this, such as from the likes of Katy Perry, Chris Brown and Led Zeppelin. It is no surprise given that today there are approximately 22 million songs released every year, with, as Sheeran stated at trial, only 12 notes available in the music world. Whilst we are seeing this more often, it has always been a big issue in copyright law and goes back to proceedings involving the copying of lyrics in Chuck Berry’s song “You Can’t Catch Me” by John Lennon in his song “Come Together” in 1973.

More often claims are being made in hope for an early settlement without the need of even going to court to put the claim to test, which many stars (like Ed Sheeran in the past) have agreed to. Although copyright law is an automatic right granted to an author of its work, it is important you seek copyright law advice should you find yourself in a similar situation. Sheeran’s case might make you wonder whether two cords are really enough to bring a copyright claim. “Oh I” can confirm that it may in fact be, and had Chokri proven Sheeran had heard the song before, then the outcome may have been quite the opposite. This shows how intricate copyright infringement law can be, and how easily you could find yourself in Sheeran’s situation without even realising.

Laceys would be happy to provide advice on copyright law generally and taking any action against third parties.

If you require any further information then please contact us at e.bones@laceyssolicitors.co.uk or on 01202 377800.

Edwina has returned to Laceys after working for Womble Bond Dickinson in Southampton and is an Associate within our Corporate and Commercial team. Edwina specialises in commercial contracts, intellectual property and charity law and has experience in drafting, negotiating and advising on a variety of agreements. Since qualifying in 2011, she has advised a range of businesses in various sectors. This includes a secondment working in-house for a well-known multi-national retailer.

Edwina has been listed in the Legal 500 as having an “incredible knowledge and a drive to do things right’. She enjoys getting to know a client’s business in order that she can provide tailored, practical advice.

Outside of work Edwina enjoys practising yoga, walking her energetic Labrador in the beautiful Dorset countryside and generally keeping active as well as spending quality time with her family and friends. 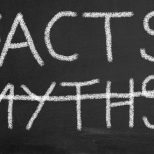