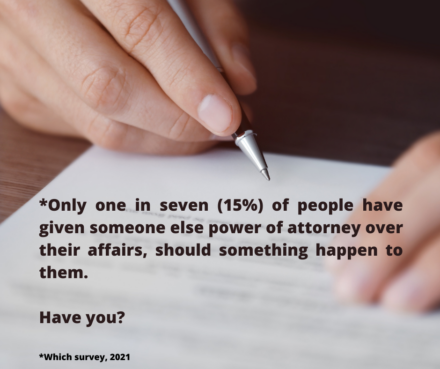 With the current Lasting Power of Attorney (LPA) system over thirty years old, the government’s consultation on reforming the process has been welcomed by many who are concerned about protecting those who may lose the capacity to manage their own affairs.

A Lasting Power of Attorney is a legal document which allows an individual to give their trusted representative, usually a relative or close friend, the authority to make decisions on their behalf. If the person who signed the power one day loses the ability to deal with matters, their attorney can step in to do this on their behalf.

The Lasting Power of Attorney system is currently paper-based, with individuals reporting that the system has been difficult to navigate and that some banks are reluctant to accept Lasting Powers of Attorney.

Consumer organisation Which conducted a survey of 2,000 individuals in November 2021, finding a lack of understanding of the system as well as difficulties in using it.

While 85% of those questioned said they knew what a Lasting Power of Attorney was, many of these were confused as to exactly what signing an LPA meant.

Some 16% thought that once an LPA is registered, access to bank accounts is lost by the person who has made the LPA. A substantial 70% said that they did not need an LPA as they were healthy, possibly not realising that once capacity has been lost, it is too late to sign.

More than three quarters (77%) thought that an LPA could be signed at any time of life, again, taking the risk that they would not have one in place should it ever be needed.

Among younger people, there was even less understanding, with 26% of those aged 18-34 saying they did not know what an LPA was while amongst those aged over 55, only 7% did not know.

Which has also uncovered difficulties in dealing with banks. Over 8,000 Which members with a registered LPA were questioned, with 60% saying that there was a lack of knowledge among bank staff. Some 38% said the process was complex and 28% experienced delays.

Of those questioned, 31% said that banks were the most difficult to deal with, with many reporting that banks had lost LPA documents, had not properly explained the registration process or had insisted on unnecessary trips to a branch.

Some banks failed to give full access to attorneys, even after the registration process had been completed.

Reforms proposed include introducing a fast-track service, digitising the registration process and increasing awareness of the system.

The government hopes to improve access and increase safeguards. Services will go online, but it is still proposed to maintain a paper option, which is likely to benefit people with brain injuries, those in care homes or those with degenerative cognitive conditions. This could also be important for the estimated five million people aged 55 or over who do not have access to the internet.

If you would like any further information regarding Lasting Powers of Attorney please contact Tino Gundu or a member of our team on 01202 377800.

Can a non-molestation order prevent someone bothering me? Is your Pre-nuptial Agreement strategic business risk management?

Kate is head of our Private Client Team and has 25 years’ experience in private client work, specialising in wills, tax planning and estate administration. Kate has worked in this area since she qualified and has assisted thousands of families and individuals.

Kate qualified as a solicitor in 1995 after obtaining a 2.1 in Law from the University of Kent. She completed her training contract with Laceys and became a partner in 2002.

Kate is a full member of the Society of Estate and Trust Practitioners (STEP) and sat on the STEP committee for 6 years. She has also taught on the Legal Executives course at Bournemouth & Poole College.

Kate enjoys the personal side of the work and the satisfaction of assisting the bereaved and families with complex affairs, whether it be complex financial aspects or those where a diplomatic hand is required. She prides herself on being able to explain the legal position in plain English.

Out of the office she enjoys keeping fit. She enjoys going to the gym and getting out into the Dorset countryside on her road bike. Cooking, particularly baking, is also a passion. 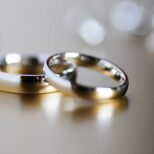 Can I cut my spouse out of my Will?

When you make your Will, you are entitled to leave your estate to your choice of beneficiary.... 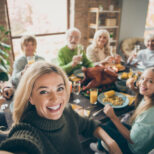 Trust Registration Service – do the new rules apply to you?

It has been necessary to register all UK and non-UK trusts where they are liable to pay...