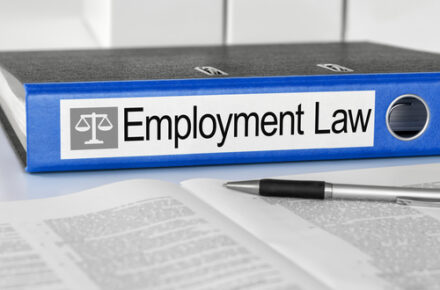 This year’s Queen’s Speech was surprisingly light on employment law developments, with the omission of the long-awaited Employment Bill. However, the last few months have seen a couple of announcements from the Government regarding the future of work, data protection, exclusivity clauses and the menopause which employers need to be aware of. Employment Tribunal and Employment Appeal Tribunal decisions continue to provide interesting reading, including decisions in the context of Covid-19 too.

Whatever happened to the Employment Bill?

The Employment Bill was proposed in 2019, and the Government has indicated several times that it would bring in changes, such as extending redundancy protection for new parents and pregnant women and a new right to neonatal leave, as well as measures aimed at protecting vulnerable workers in the gig economy. These proposals were missing from the Queen’s Speech. However, a couple of days after the Queen’s Speech, the Government announced a review into the future of work, which would ‘build on existing government commitments’. It is not clear if this means introducing the changes previously expected in an Employment Bill.

The Queen’s Speech did include the Government’s intention to introduce a Data Reform Bill. On 17 June 2022, the Government published its response to its consultation on data protection reform. This confirmed its intention to relax parts of the Data Protection Act 2018, as well as to require employers to have a complaints-handling procedure that an individual must use before complaining to the Information Commissioner’s Office. It is not clear yet when the bill will be published.

Exclusivity clauses in contracts stop workers from taking on work with other employers. Their use is banned in zero hours contracts. In its response to a consultation from winter 2020/21, the Government recently announced extending this ban to low-income workers (those with weekly earnings below the lower earnings limit, currently £123). According to the announcement, legislation should be laid before Parliament later this year.

No Equality Act protection for menopause

In recent years, women have brought successful claims against their employers for disability and sex discrimination relating to the impact of menopause symptoms. Employees will have to continue to rely on these two protected characteristics for discrimination claims related to menopause, because the Government has confirmed that it will not amend the Equality Act 2010 to include menopause as a protected characteristic like sex, race or sexual orientation.

Employers may be wary of taking on an applicant who discloses that they have brought an employment tribunal claim against another employer. However, this could result in a claim for victimisation, even where there are no financial losses for the applicant.  In Warburton v Chief Constable of Northamptonshire Police 2020, the Employment Appeal Tribunal (EAT) considered Mr Warburton’s argument that his prospective employer’s decision to put his job application on hold because he was suing another police force for discrimination and determined that this could be a detriment for an applicant under the Equality Act 2010. It did not matter whether there were any financial or physical consequences for him. If a reasonable worker believed it could be detrimental, this could be enough to support a victimisation claim. The case was sent back to another tribunal to consider. Mr Warburton could be awarded compensation for injury to feelings as a result of the detriment.

Harassment to call a man ‘bald’

Although this is only a decision of an employment tribunal, and so could be appealed and is not binding on other tribunals, it is a useful reminder that a man can sexually harass another man by making comments about his appearance and a single incident can be enough for a successful harassment claim.

In Finn v The British Bung Manufacturing Company [2022], Mr Finn, an electrician was called a ‘bald c***’ by his supervisor during a row. Although the tribunal accepted that swearing was part of the culture, his supervisor had crossed a line by referring to Mr Finn’s appearance in a pejorative manner. The tribunal reasoned that baldness was much more common among men and this connected the comment to Mr Finn’s sex. The comment violated Mr Finn’s dignity and fell within the definition of sexual harassment.

The employment tribunal in Burke v Turning Point Scotland [2021] recently found that a caretaker experiencing symptoms of long Covid is protected by the Equality Act 2010 as a disabled person. Mr Burke caught Covid-19 and was off work for over eight months before he was dismissed. He experienced exhaustion and fatigue, as well as joint pain and sleeping difficulties. Even though two occupational health reports stated he was fit to return to work, the tribunal found that his physical impairment met the definition of disability. Although the case is only an employment tribunal case and other tribunals do not have to follow the decision, it is likely that other tribunals will find long Covid to meet the criteria in the definition of disability.

The decision reflects a statement by the Equality and Human Rights Commission (EHRC) released in May that although long Covid is not a condition, like cancer or HIV, that is automatically treated as a disability under the Equality Act, it could amount to a disability for particular individuals.

In May, the Office of National Statistics reported that two million people in the UK self-reported experiencing long Covid-19 symptoms. The most common symptom reported was fatigue (55%), followed by shortness of breath (32%). Employers need to be alert to this being a disability.

A decision by the EAT confirmed that the employer was not ‘automatically unfair for health and safety reasons to dismiss an employee who refused to return to the workplace because of concerns about the pandemic and his clinically vulnerable child. In Rodgers v Leeds Laser Cutting Ltd [2022], the employer had put in place some Covid-secure measures but Mr Rodgers had acted inconsistently by taking risks outside of work.

If you want to change the culture in your workplace to minimise the risk of harassment claims, whether from men or women, please get in touch and we can help you. For further information on any of the issues in this article, please contact please contact Alana on 01202 377 872 or email a.penkethman@laceyssolicitors.co.uk.

Trust Registration Service – do the new rules apply to you? Letting your tenant go: consenting to assignment and underletting

Alana is an Associate in our Corporate and Commercial team and is an expert employment lawyer. She advises businesses and individuals on matters arising from recruitment to termination.

Alana provides pragmatic advice, ensuring problems are resolved as quickly as possible, and in turn minimising disruption and stress to both parties. When litigation is unavoidable, Alana excels in negotiations and will deliver robust representation.

Since qualification in 2011, Alana has developed a specialism in discrimination matters, and is passionate about equality in the workplace.

When Alana is not working, she enjoys flying with a hot air balloon team and is a keen cyclist. She also enjoys live music and plays the saxophone. 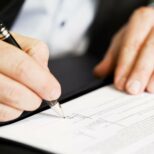 Recruiting the right senior executive can be an immense benefit to a company if they bring the... 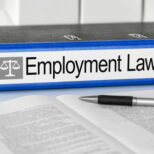 This year’s Queen’s Speech was surprisingly light on employment law developments, with the omission of the long-awaited...