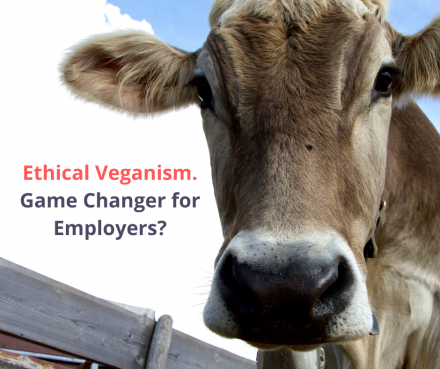 A recent decision in an employment tribunal case draws attention to the Equality Act 2010 (the Equality Act) and the protection it offers to employees under its anti-discrimination provisions.

The case was started by Jordi Casamitjana (Mr C), against his former employer, the League Against Cruel Sports (LACS), Mr C alleges that he was dismissed because he raised concerns that the LACS’s pension fund was linked to animal testing firms. After raising his concerns with management, Mr C felt that no action was being taken and informed his colleagues. He was then dismissed.

However, his former employer claims that Mr C was dismissed for gross misconduct.

Importantly, Mr C considers himself to be an ethical vegan and is claiming that this belief should be treated by the tribunal in the same way as a religion.

What is ethical veganism?

Ethical vegans oppose the use of animals by humans for any purpose and will not eat products that come from animals, but also avoid any products that are made from or by animals. This may be for instance, eggs or leather products, and even honey.

Recognition of ethical veganism as a philosophical belief

Central to Mr C’s case is that he has been discriminated against. Employees have wide protection under the Equality Act, which is not limited to being dismissed, but also provides protection from “less favourable treatment”.

However, in order to benefit from this protection, Mr C needed to prove that veganism constitutes a philosophical belief under the definition of the Equality Act. For this, Mr C faced a number of hurdles.

To be considered a philosophical belief, it must be more than a view or an opinion. Adherence to a political party has been found to be insufficient to qualify, though this has been protected under subsequent unfair dismissal legislation.

To some, it may have seemed a foregone conclusion that veganism would be considered a philosophical belief. For instance, a draft of the EHRC Code stated that a vegan “is likely to hold a belief which is covered by the Act.”

However, this was only a draft and did not make the final cut. The government disagreed with this explanation but accepted that interpretation was a matter for the courts. A later case established that a strongly held belief in anti-fox hunting could amount to a philosophical belief.

Another hurdle for Mr C in proving that veganism did constitute a philosophical belief was that it must be “worthy of respect”, not incompatible with human dignity and not conflict with the fundamental rights of others. For this reason, previous attempts to claim protection for other beliefs have failed. To emphasise this point, the EHRC Code gives the example that a belief in racial superiority would not afford protection.

Finally, the employment tribunal emphatically agreed that veganism does constitute a philosophical belief.

However, this does not mean that Mr C has succeeded in his claim for discrimination. Mr C will still need to prove that the reason for his dismissal is because of his beliefs in veganism, specifically that it was his complaint that led the LACS to end his employment. This is strongly denied by his former employer. However, the LACS does not dispute that ethical veganism should be protected.

What this means for employers

Although the vast media attention may worry employers, this is not a radical decision and does not necessarily break new ground. It is not exactly a “game changer”, but it does highlight how careful employers must be when navigating their way around the Equality Act and the varied beliefs of employees.

This case shows how wide the protection offered to employees under the Act is likely to be interpreted by the courts. It is now clear that employers need to carefully consider the beliefs of their employees who do not necessarily follow a mainstream religion. This may involve a potential dismissal or disciplinary action, but also regarding the company’s policies towards harassment or bullying, for example.

Laceys Solicitors provides specialist services in employment law, including discrimination claims, but also much more. If you would like any further advice on your obligations or rights, as an employee or employer, please contact our employment department on 01202 755204 or b.sims@laceyssolicitors.co.uk who will be happy to help.

29 February 2020. Will I be paid for it? Mixed sex couple entered into a Civil Partnership? Make sure you are aware of the associated benefits. 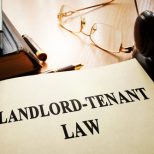 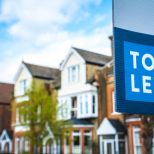 When serving a notice on a tenant requiring possession of a residential property, does it matter whether...