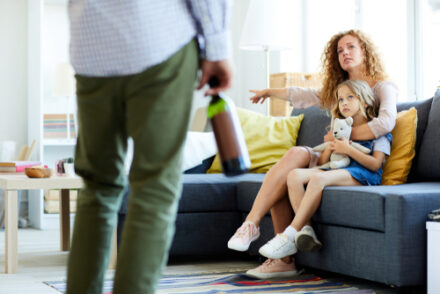 The implications of alcohol misuse for family arrangements

While many adults drink alcohol responsibly, unfortunately there is a significant percentage of the adult population in England that misuse alcohol.  Government statistics for 2020 show that over half a million adults in England were admitted to hospital, primarily due to excessive alcohol consumption.  The misuse of alcohol and substance misuse is a significant factor in a large proportion of cases where children are removed from the care of their parents.

When misuse of alcohol is a factor in family breakdown it can be a particular concern when there are children and arrangements need to be agreed for their residence and contact with a separating parent. It is not uncommon for someone with an alcohol problem to deny any problem exists, or to minimise the extent of any dependency especially if they fear they may not get to see their children.  Meanwhile the other parent with the day to day care of the children may be concerned and fret over the safety of their children in their former partner’s care and also as to what might be the consequences of the involvement of the local authority’s child protection department if contact proceeds when the children may be at risk.

‘The issue for any court looking at arrangements for children is not so much whether a parent misuses alcohol, but rather what risk that may present to the children in their care,’ explains Jonathan Talbot, head of the family law team with Laceys. ‘If any parent has issues with alcohol misuse, then ideally they should address those issues by getting professional help.  The courts whether dealing with the children in the context of child protection proceedings brought by the local authority or in private family proceedings between the child’s parents will recognise when a parent is acting appropriately and in the best interest of their children in addressing their problems.  Being open to obtaining help and recognising what safeguards need to be in place are key considerations for the courts in these situations.’

When alcohol misuse is denied, it also tends to increase the acrimony between parents.  Often the concerned parent wants the other parent to have a good relationship with their child but is distressed about the potential risks this poses.

It is important that any concern raised is genuine.  To establish whether it is or not the parent who is suspected of alcohol abuse can be required to undertake tests. A false accusation, made in the hope of preventing one parent seeing their children, may backfire and in an extreme case could even result in a court finding the accuser as ‘implacably hostile’ to contact or alienating the children from the parent from whom they are separated which can have an impact on who the children live with.

The use of alcohol testing

If your former partner does not accept that they have a problem, then you can request that they undergo alcohol testing.  You can try and agree this privately between yourselves, or you can ask a court to order an alcohol test as part of an application for the court to look at your children’s living arrangements.  The court cannot force your former partner to undergo testing however if they refuse to undertake such testing the court may think they have something to hide and the judge can draw a negative inference from their refusal which may impact their case and options to see their children.

The testing for alcohol misuse can be carried out in several ways:

If significant concerns are raised about a parent’s alcohol consumption, then the court may order a CAFCASS report, or another expert report such as a physiologist.  CAFCASS represent children’s interests and independently advise the court about what is safe and what is in a child’s best interests.

If alcohol is shown to be an issue then the judge may decide to allow that parent to see their children only on conditions that may be included in a court order that certain safeguards remain in place.  These safeguards could include, amongst other things:

If you are concerned that alcohol misuse is a problem for your former partner, and that this may impact on their relationship with their children, or you have been accused or have issues with alcohol misuse yourself, then it is important that legal advice is obtained in advance of any proceedings concerning your children both to minimise the risk of harm to the children or the involvement of the local authority.