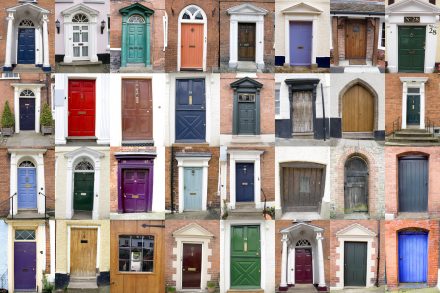 Buying property for use as ‘Airbnb’ short-term holiday lets? Make sure you check the lease…..

The demand for short term lets is on the rise thanks to the success of sites such as Airbnb, whose services provide an online platform to allow individuals to rent out their homes, rooms or apartments to visitors. Previously, short term letting was not considered cost-effective by most Landlords but you can now often let your property at short notice and for only a few days at a time. As a result, we have seen an increase in homeowners wanting to purchase a second property for the sole purpose of short term holiday letting.

What exactly do we mean by ‘short term’?

Until recently, most short-term rentals have been measured in months or weeks rather than days. Airbnb and similar websites have now changed this outlook by making it more feasible to find tenants for much shorter periods of time and often at short notice.

Potential purchasers must be particularly careful when purchasing a flat or apartment for this purpose, as they must abide by the rules listed in their lease contract. Often leases will clearly state that any short term renting or holiday letting is prohibited, but what would happen if the lease does not state this or the wording is ambiguous?

This was discussed in the 2016 case of Nemcova v Fairfield Rents Ltd, where the owner of a long leased flat had advertised the availability of the flat for short term lettings on the internet and had granted a series of these lettings. The Freeholder applied to the Court, stating the owner had breached the user covenant that the flat could not be used ‘for any purpose whatsoever other than as a private residence’.

It was decided in this case that:

It was therefore found that granting very short term lettings (i.e. days and weeks rather than months) does breach the covenant in that particular context. However, it was confirmed by the Court that the case was fact-specific and each case would depend on the construction of the particular covenant in its own factual context. It would be difficult for a precedent to apply universally, as each lease and each clause is different.

Where does this ruling leave us? How can we help?

Unfortunately, this is a very new and unknown area of law which will no doubt be tested again in the near future due to the rise in popularity of Airbnb type properties. Until this is the case, potential purchasers will have to be particularly cautious when purchasing a leasehold property for the purpose of short-term holiday letting. The lease must be carefully checked by your Solicitors before further costs of a purchase transaction are entailed.

This ruling will also be of concern to homeowners who are already doing short term or Airbnb lettings in a leasehold flat, as they may have similar legal clauses in their lease contract. It would be sensible to check your lease to determine whether you could be in breach of any of your lease clauses.

New Rights for Policyholders to claim on late Insurance Claims Queen’s Speech Data Protection Bill– what it means for you.

John joined Laceys in 2001 on a training contract, having completed a Post Graduate Diploma in Law in 2000, and qualified as a solicitor in 2003. He is now the Head of the Commercial and Residential Property Departments.

He is also the firm’s Senior Responsible Officer under the Law Society Conveyancing Quality Scheme (CQS) with overall responsibility for the management of the property team and their delivery of the excellent service that our clients have come to expect.

John acts in his own capacity for a number of commercial property owners, developers and investors, but also allocates time to ensure his team are up to speed with changing law and professional regulations and clients are provided with members of the team who possess the right skills to deal with their individual requirements, delivering projects in the most time and cost-efficient manner.

Outside of work John seems to spend a great deal of time ferrying his children around but occasionally gets to put his feet up and listen to his eclectic collection of vinyl. He is also not averse to a good cheeseboard and a glass of IPA. 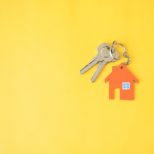 Moving Home? The ‘new normal’ on how the process works.

Although people wanting to sell and move home in the UK are now allowed to do so,... 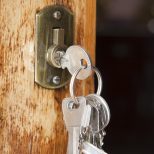 What is Conveyancing? 5 key stages explained.

Conveyancing is the process of transferring ownership of property from one person to another. As with many...