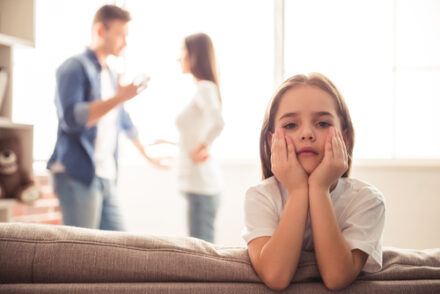 Family Mediation Week 2022 was fittingly launched online on 17th January in keeping with the pandemic-induced trend of mediation participation being conducted online.

The word from the top is that online mediation is here to stay. Lord Wolfsen, the Minister for Family Justice stated that the delivery of justice is moving increasingly online and will continue as part of a non-court resolution strategy.

Lord Wolfsen also indicated that there is a major move afoot for “joined up services provision” and that elements of compulsion are likely to be a feature. He said that 2022 would see a step-change in family mediation.

It is now recognised that there is value in the mediation process and as a result mediation is growing in popularity.

Lord Wolfsen stressed that the family courts are under enormous strain and can no longer be seen as the default of choice to resolve disputes. More cases need to go to mediation, where there are no safeguarding issues mediation offers a fantastic alternative to court.

4,000 families have taken advantage of the The Ministry of Justice Family Mediation Voucher Scheme , which started in April 2021, providing a contribution of up to £500 to families towards the mediation costs of a child arrangements case, in the aim to support people resolve their family law disputes outside of court. 75%  of cases under the scheme have reached full or partial settlement.

Therefore the government is going to look at the future of the voucher scheme and consider, for example, whether referral to Separated Parenting Programmes (SPIPS) should be included or available just for financial cases. Voucher schemes may become part of a broader push to encourage participation in mediation.

The now old chestnut of whether MIAMS should be compulsory for both parties was raised in the zoom session. Lord Wolfsen diplomatically responded that he was not ruling out options to strengthen the gatekeeping role of mediation and to “watch this space”. Mediation is top of the MOJ’s list.

Later in the meeting we were joined by the President of the Family Division, Sir Ian McFarlane, who was equally supportive and complimentary about mediation, commenting that mediation is an essential facility for parents and that mediation was at the forefront of helping families resolve their differences amicably.

Sir Ian went on to raise concerns that the MIAM process has not been as successful as it can be and one reason is that only one party has to attend. The courts are also falling down on policing applications and allowing the applicant to avoid attendance at a MIAM. The court has to be re-educated.

Sir Ian said that he would support MIAMS being compulsory for both parties as there is widespread misunderstanding on the street about what mediation is.

One way more information could be disseminated to the public is by the government expanding family hubs to include advice about mediation in order to de-mystify the process.

The central role mediation now plays in the family justice system was highlighted in Lord Wolfsen’s remark that mediation can no longer be referred to as Alternate Dispute resolution (ADR) but is now Dispute Resolution (DR), such is its use and acceptance in the mainstream of conflict resolution. Mediation is tried and tested, it works and the government want to roll it out more.

Mediation has finally come of age and although there are still challenges ahead the future looks decidedly bright.

f you would like any further advice on Mediation, please visit our Family Mediation page on our website or  contact our Mediation department directly on 01202 377993 or g.burden@laceyssolicitors.co.uk

Why the voice of the child is important in Mediation Family Mediation: Choose the Type Best Suited to Your Conflict 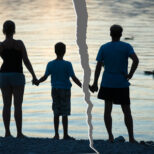 Family Mediation: Choose the Type Best Suited to Your Conflict

The phrase one shoe doesn’t fit all is a perfect description of how versatile mediators have to... 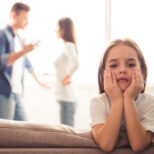 Family Mediation Week 2022 was fittingly launched online on 17th January in keeping with the pandemic-induced trend...